Robotics and automation may help companies save money in the short term, but in the long run there’s no substitute for the high-quality results that only human workers can produce – right?

Well, maybe not. According to MindEdge’s second annual Future of Work survey, corporate managers think that robots and artificial intelligence are actually outperforming humans in the workplace. And they’d want to keep the robots on the job, even if they didn’t save their companies money.

MindEdge’s national survey of 1,047 managers and above was conducted online by Qualtrics between January 31 and February 8, 2019. The top findings: 58 percent of managers say that robotics and AI do higher-quality work than human workers, and 65 percent say they would keep current levels of automation even if there were no cost savings involved. But managers also think that ongoing skills training is an effective way to help workers future-proof their careers – especially when it comes to improving soft skills such as communications, problem-solving, and critical thinking.

Majority of respondents believe advanced automation performs higher quality work than humans; 65% would opt to keep the same level of automation even if cost benefits weren't being realized. 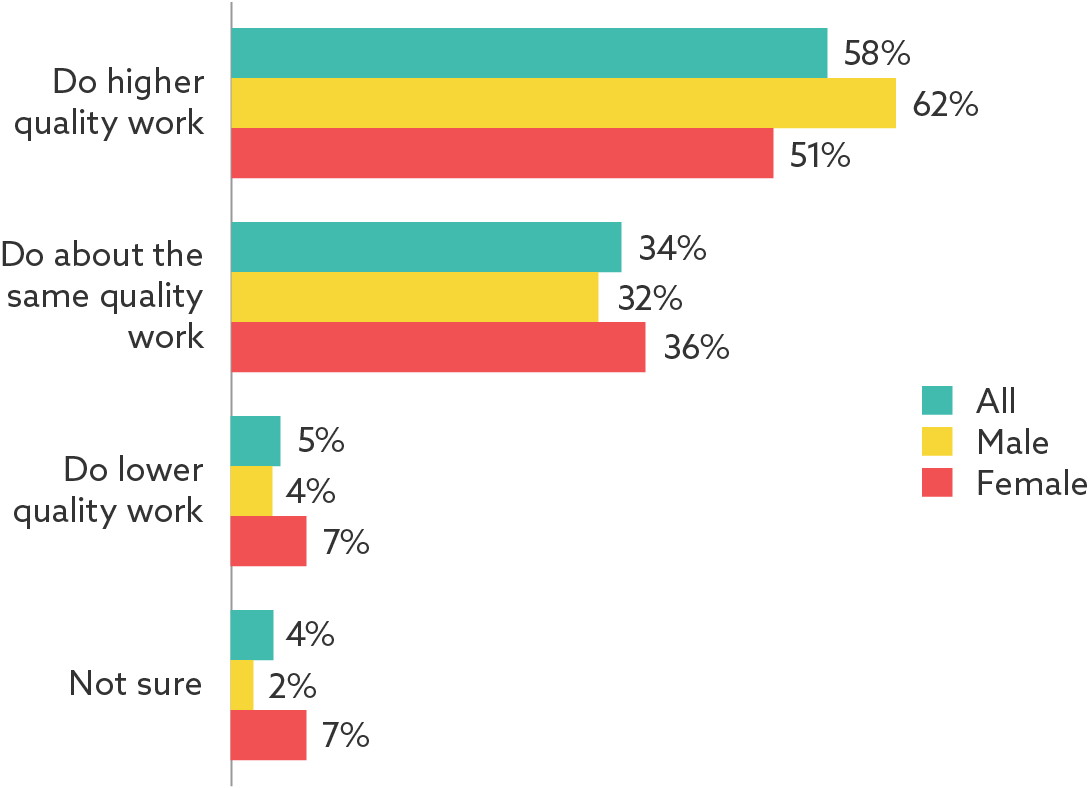 Strategy If Cost Reductions Not Realized