The State of Critical Thinking Survey 2019

Millennials, Boomers, and Critical Thinking in the Digital Age

The Internet is like a fire hose of information – a lot of it good, a lot of it bad – and knowing how to make sense of all that content has never been more important. But MindEdge's third annual State of Critical Thinking survey suggests that digital literacy and critical thinking skills are in surprisingly short supply, even among tech-savvy Millennials.

While college-educated Americans express a high level of confidence in their critical thinking skills, most could not pass a nine-question quiz designed to gauge their ability to detect fake news. Overall, 69 percent of survey respondents earned a failing grade on the quiz, correctly answering just five or fewer questions.

The failure rate among Millennials – digital natives who've grown up with the Internet – was even higher, at 74 percent. Baby Boomers fared somewhat better on the quiz, but a clear majority (58 percent) still received a failing grade. On the positive side, 13 percent of Boomers received an "A" or "B" by answering eight or nine questions correctly – but only 5 percent of Millennials did likewise.

MindEdge's national survey of 1001 college-educated Americans was conducted online by Qualtrics from May 8 through May 14, 2019. In addition to the Digital Literacy and Critical Thinking Quiz, the survey included questions that probed respondents' confidence in their own job-related skills; their perceptions of the "mainstream media"; their views on the relative accuracy of online and offline news sources; and their concerns about possible foreign interference in the 2020 presidential election. 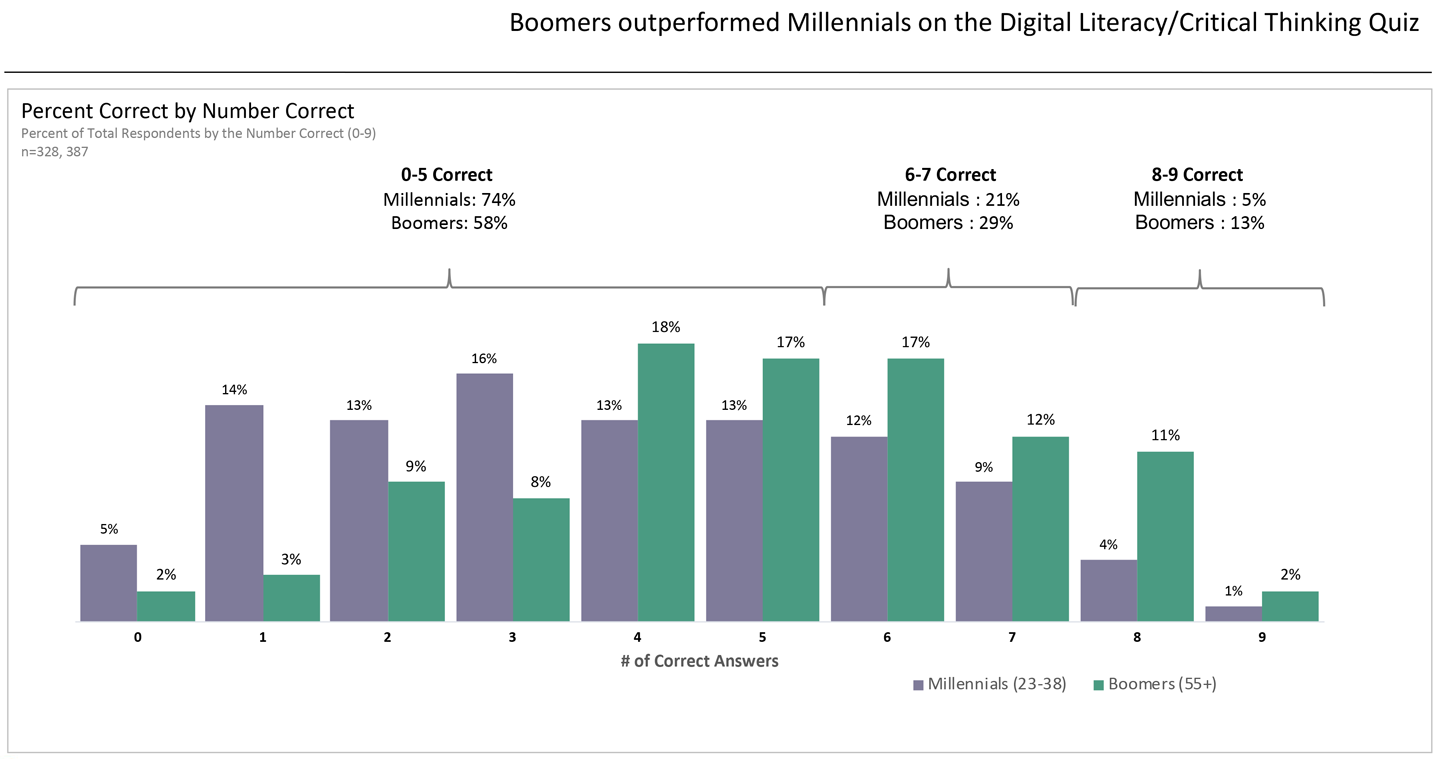